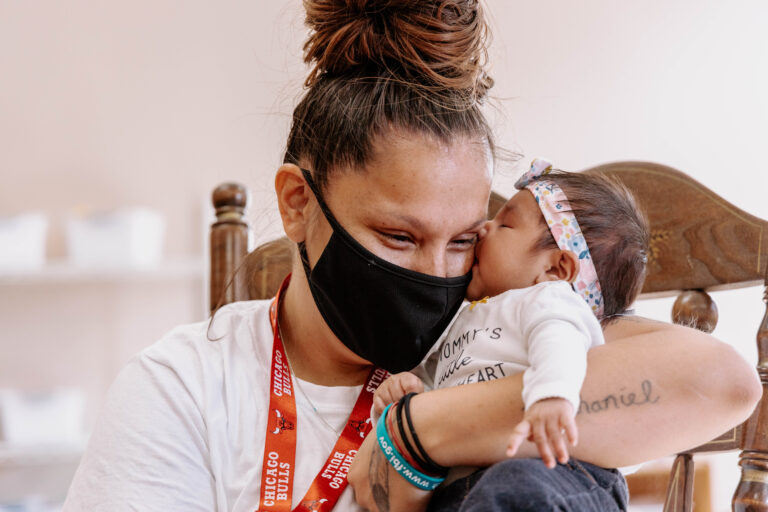 The Road to Redemption

Eva grew up in Macy, Nebraska with a fun and loving family. All appeared to be going well for Eva until she tried meth for the first time at the age of 17. This was certainly a turning point in Eva’s life which led to some dark seasons. Eventually the drug use had shifted Eva toward shoplifting and selling drugs. All of these actions sent her in and out of the prison system. Each time that Eva was released from prison, she would end up in unhealthy relationships and the same behavioral patterns of substance abuse. The last time that Eva was released from prison, she ended up living in a poor environment trapped in an abusive relationship that put her in the hospital.

“I just began giving up on myself, especially after I lost my kids due to the poor home environment,” says Eva, “I started to get high even more because it was my way to cope with all of the hurt.”

Early one morning, Eva awoke to the sound of her mother crying in anguish over missing her grandchildren. This softened Eva’s heart and she decided, at that moment, a change was truly needed. That day, Eva found Open Door Mission online and read about the life changing programs that they provide. She joined the program even though she was seven months pregnant because she wanted the best life for her new child.

“Admittedly, I was defensive when I first came to Open Door Mission because of how my trust had been broken over the years,” said Eva, “but eventually, I found out that the staff here are for real! They really do love you, no matter what.”

Since that day, Eva has been journeying through the program and has been able to thrive while learning in her many classes that Open Door Mission is able to offer. With the birth of Eva’s newest baby, MaYala, one of the best classes has been the parenting class and the individual counseling which has provided new parenting and life skills.

“My whole outlook on life has changed since being here, and I actually have confidence as a mother!” says Eva, “My walk with God has grown, I once gave up on myself but I know now that God has never given up on me.”

Eva has her eyes focused on graduating the program, pursuing higher education and most of all, reuniting with all of her children to become the mother which God has called her to be in this life. She is very thankful to the donors who have made much of her story possible.

“Without your giving, people like me would really be struggling,” said Eva, “Those who give to Open Door Mission, are putting life back into someone!”

And this is the testimony: God has given us eternal life, and this life is in his Son. Whoever has the Son has life; whoever does not have the Son of God does not have life.” – 1 John 5:11-13