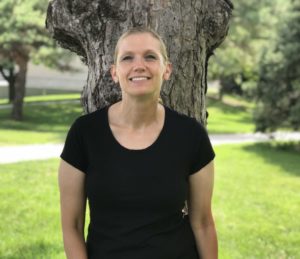 “If you really want to connect with God,” said Beth, “He’ll do it.”

Beth grew up always around alcoholics, and by age 16, she was pregnant with her first child.

Since that was the only life she had ever known, she did not think much of it. “I thought I lived a normal life until I found out otherwise,” Beth said.

A year later, Beth heard a radio message that helped her realize she was clinically depressed. “I was shocked,” said Beth.
She began trying whatever means necessary to find out what this meant and how to solve it.

Beth tried to build her relationship with God but felt that she was not able to. Because of this, she began to feel jealous of other people in the church who were close to God.

“At first, I thought they were lying,” said Beth. “I thought it was an act, but after a while, I realized it was for real.”

When she reached age 18, Beth had to move out and care for her baby all on her own. She worked three different jobs to accomplish this, which meant she wasn’t able to see her daughter very often.

At 35 years old, Beth began to get very sick. It got to the point that she could not get out of bed, and she did not know what was causing it. Again, she tried to connect with God but felt that she was not able to.

Eventually, Beth ended up homeless and on the streets, so sick that she was unable to take care of herself or her children. Several times, people suggested that she go to Open Door Mission’s Lydia House.

“I thought, ‘I’m not going to a homeless shelter,’” Beth said, “But when you have nowhere to go… You go.”

Once Beth realized she could no longer live on the streets and that she needed a change in her life, she came to Open Door Mission.

Open Door Mission provided her a place where she had the time, support, and role models to learn how to connect with God finally.

“They gave me the biggest piece of the puzzle that I needed. Yeah, it was God.” Beth said. “In the New Life Recovery Program, they taught me about God, and how to live and love peacefully, the basics of the Bible, and how you are supposed to love others.”

After completing her Associates Degree, Beth has plans to continue her education so that she can learn finances and trade stocks.

Because of generous donors like you, Beth is off the streets and truly having a Summer of Hope.