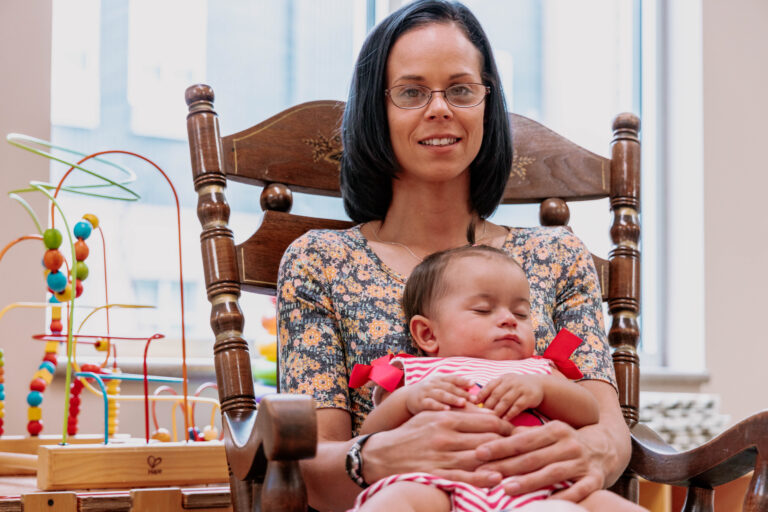 A Reason for Change

As Victoria held her new baby girl, she knew that something had to change.

Growing up in Omaha, Nebraska, Victoria had a difficult life. Abuse was the tragic norm and Victoria wanted to run away. So at age 12 she did run away to live with her father. Although Victoria felt hopeful about this change, life became more difficult as she grew older. By the time she was 17 years old, Victoria had started using meth and had fallen into the cycle of prostitution.

“My living situation was not good,” says Victoria. “I was living from drug house to drug house and going in and out of jail for different reasons.”

During these long seasons of life, Victoria would end up losing two significant family members: her mother and grandfather. Victoria felt as though things could not change. But while serving out a probation sentence, Victoria found out she was pregnant. Nine months later, she gave birth to a beautiful baby girl named Kimberly.

“When Kimberly was born, I knew I had to change,” said Victoria. “It was not long after when I came to Open Door Mission to join the New Life Recovery program at the Lydia House.”

Victoria admired how welcoming the Lydia House staff were, and she loved that the program taught her about the word of God, fostering her relationship with the Lord.

Since entering the program, Victoria has been able to become a well-equipped mother, is consistent with everyday tasks, and is able to face problems that come her way.

“I am grateful to God because so many of my prayers have been answered,” said Victoria. “God has pointed me in the right direction and has given me a purpose to change.”

Victoria already has her eyes set on a bright future, as she will graduate her program soon, has an apartment lined up, and will continue being a loving mother for baby Kimberly. Victoria dreams about using her maternal skills to care for other children as a daycare worker.

What good is it, my brothers, if someone says he has faith but does not have works? Can that faith save him? If a brother or sister is poorly clothed and lacking in daily food, and one of you says to them, “Go in peace, be warmed and filled,” without giving them the things needed for the body, what good is that? So also, faith by itself, if it does not have works, is dead. – James 2:14-17 14