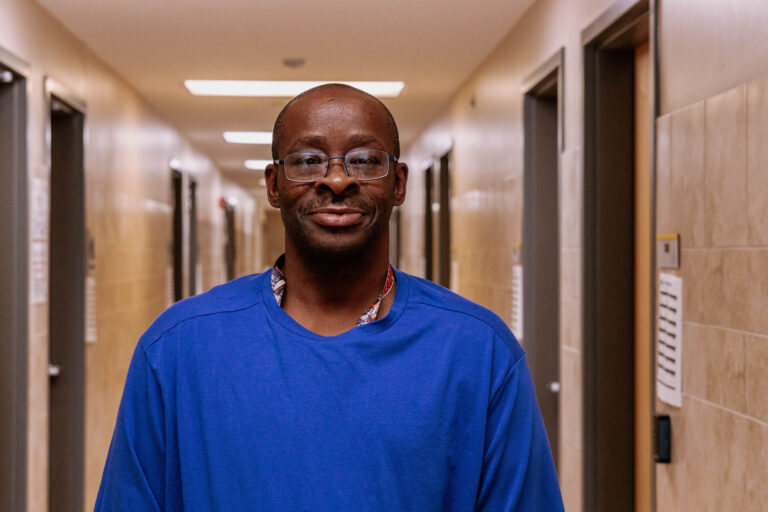 Out of The Darkness And Into The Light

Bennie was born in Missouri. Although both of his parents were present in the household, they struggled with alcohol abuse, which made for a callous upbringing. After the age of 12, Bennie’s home life worsened and he spent several years being moved around with his siblings into different homes.

Eventually, Bennie started to act out by stealing, drinking alcohol, and smoking marijuana.

“I ended up getting sent to the youth detention center for stealing,” says Bennie. “It got worse when I turned 18 because I went straight to prison for robbery. I started going in and out of the penitentiary for years to come.”

With few healthy life skills, each time Bennie was released from prison, he would turn to his old ways of robbery, joining a gang, and picking up new drug addictions.

“I was always high, and my family tried to encourage me to join a rehab,” said Bennie. “I never did and ended up being in the penitentiary around 6 or 7 times.”

The last time Bennie was released from prison, he felt that he could no longer stay in Kansas City because of his old contacts and the gang life that surrounded it. That is when Bennie sought to leave his hometown and come to Omaha to Open Door Mission.

“One of my biggest struggles was my drug use and mental health. I had been told by a friend that Open Door Mission was a place that helps people like me,” said Bennie. “So I decided to give it a try.”

As Bennie arrived at Open Door Mission, the Men’s Center Director extended his hand out to Bennie and said, “If you need help, we will help you.” Bennie accepted his offer. In the following days and weeks, Open Door Mission arranged appointments for Bennie to help resolve his core issues.

“Open Door Mission has helped take care of all the needs that I have neglected for so long,” said Bennie. “This place is a lifesaver! If it wasn’t for Open Door Mission, I would be in prison or dead right now.”

While progressing through the New Life Recovery Program, Bennie has witnessed God’s work in his life. His children have grown to respect and love him, his attitude has changed, his love for God has grown, and he now has life skills that will help him be successful outside of the program. After graduation, Bennie plans to find a stable job, move into his own place, and stay sober.

“There is no better place on earth than Open Door Mission, I would recommend this place to everyone that is struggling,” said Bennie. “To those who donate here, just know that this place never turns anyone down and your contributions are not in vain.”

He brought them out of darkness, the utter darkness, and broke away their chains. – Psalm 107:14