Shelters are an outgrowth of the need to provide food for the homeless or poor. There is no set date as to when “soup kitchens” became an established entity, but most agree the rise of soup kitchen came about in 1929 when the Great Depression occurred. Within 2 years the economy plunged, leaving 25% of the work force jobless. There was no government unemployment plans or emergency relief available. Families and singles were struggling to find food. Churches and private charities rallied to the need. 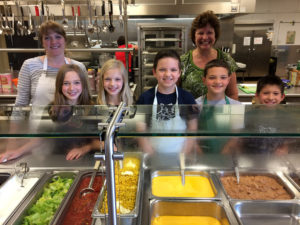 On November 2, 1929 the Capuchin Services Center opened in Detroit. It was soon serving 1,500 to 3,000 meals daily. Volunteers of America began opening soup kitchens too. By the mid 1930’s federal and state agencies started up soup kitchens to meet the growing need. Gangster Al Capone set up the first soup kitchen in Chicago. He started the soup kitchen to improve his reputation. His kitchen was different in that it served 3 meals a day so everyone had a chance eat a meal. As the depression continued, soon most large cities and towns had at least one soup kitchen.

The soup kitchens, especially those run by charitable organizations, began to provide other services to the people in need. As the need to provide a safe shelter for men on the street became apparent some soup kitchens turned into shelters. Services began to expand through the years, often providing help for alcoholics, then drug addicts. As the population of homeless families grew, especially single parents, shelters once again expanded their services to meet needs. Open Door Mission serves not only the homeless, but the working poor also. There are emergency services, especially for domestic violence cases, for those that are suddenly homeless or need safe shelter. Several rehabilitation programs help the addicted recover, and find jobs and become productive members of society.  Yes, we still serve the hungry, every day over 3,000+ meals to those in need. Come take a take a tour and see that Open Door Mission is more than “3 Hots and a Cot”, a lot more!