On this day of July 4th, we remember the moment in history when America broke away from the British crown and declared its independence. America’s idea of freedom was proclaimed as our 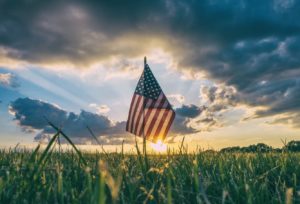 moral and legal banner. It has been up to our many brave men and women who have served in our military to defend this country and its meaning. At the Open Door Mission, we have provided shelter to several people who have greatly been a part of our country’s military. I have met many from each branch of service and they all share different stories as to how they became homeless. There are many who struggle with PTSD, which then developed into not being able to cope in society and led to a life of addiction and substance abuse. Their stories are countless but one thing remains true and it’s that they should not be forgotten. Our homeless veterans need our thanks, prayers, and help. If you have served or are currently serving in our United States military, the Open Door Mission thanks you for dedicating your life to our country!