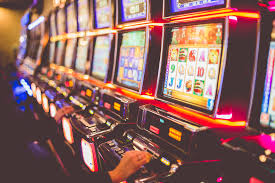 Below is Open Door Mission’s statement summarizing its opposition to the opening of a new casino within a mile of its main campus:

Open Door Mission cannot act as though the opening of a casino within a ten-minute walk of our campus would have no effect on the people we serve. The irony of the fact that we’re making this statement during Problem Gambling Awareness Month is not lost on the men, women, and children who come to us for help every day.

In fact, a wide range of surveys and studies in countries with legalized gambling show that the prevalence rates of problem gambling in the homeless population is significantly higher at up to 9 times the rate in the general population. Other studies place that vulnerability of problem gambling in the homeless population between 4 and 7 times that of the general population. But at that point we’re just splitting hairs, aren’t we? Four, seven, nine times as vulnerable to another dead-end addiction–when do we say, “enough?”

Let’s stop kidding ourselves. The prevalence of problem gambling among homeless populations internationally is documented and real. And part of the problem, according to academic studies as far back as the mid-1970s, is the proximity of gambling establishments to the population.

These results and many others like them support the contention that increased problem gambling is related to increased gambling availability. That comes as no surprise.

But what may surprise you today is that I will acknowledge that populations tend to adapt to gambling availability over time. There are plenty of studies that seem to confirm that, too. Yet I would assert that the homeless population – in part because of the complexities of being homeless, which almost always include poverty – does not generally share the positive side of adaptation.

You see, many gamblers in populations other than the homeless and/or impoverished will simply lose interest as the novelty of accessible gambling fades. Others will back off because of public education about the potential harm gambling can cause. But those without means, including the homeless, often keep gambling hoping for lightning to strike. That population, because their resources are already lean, often stop gambling only when disaster – bankruptcy, crime, severe illness, suicide – stops them.

Tara Hahmann and Dr Flora Matheson have done extensive research on this issue. I quote from their abbreviated version of the study, “Problem Gambling and Poverty”:

Homelessness serves as a measure for poverty in the majority of the [problem gambling] studies. The prevalence rates of problem gambling in the homeless population is significantly higher at roughly 9 times the rate in the general population.

For those [homeless people] who gamble excessively, 82.4% report that gambling problems occurred prior to becoming homeless while 15.4% disclosed that homelessness preceded their gambling problems. Two important life events that may lead to homelessness include gambling problems and significant job loss. Unemployment might further contribute to gambling tendencies. Without employment, whether through the lack of opportunities or the inability to work, gambling can become a coping strategy to deal with complex social and health problems.

…Enhanced awareness of the link between poverty and problem gambling is required as are services and supports that are tailored to a population that has complex needs including concurrent disorders.

And at that point, they’re describing the homeless population. Gambling may well be a money-maker at first glance, but it seems that the economic costs of problem gambling have been – and continue to be – a growing burden on those vulnerable populations who can least afford the monetary and social losses.

That is true for the men, women and children in the homeless population we serve. The possible community benefits of another casino in the area, and especially one so close to the Open Door Mission campus, come at an exorbitant human cost.

The pattern of despair for any problem gambler makes them 3.5 times as likely to be arrested or spend time in jail. It makes them 2 – 7 times more likely to smoke, binge drink, or take illegal drugs. That can make their parents, spouses, children, siblings, employers, and fellow employees victims of their gambling problem.

The situation begs the question, Are we ready to provide the services necessary to successfully respond to a probable increase in problem gambling?

If our community introduces a casino so close to our vulnerable populations, are we ready to deliver timely access to prevention and recovery services? Who will bear that cost?

Are we ready to ensure that those who experience problem gambling and its fallout are helped to secure the resources – affordable housing, employment, and tailored care – to address the complexities of their needs?

Just as relevant, will those sponsoring a casino help bear the costs of that response?

Open Door Mission is already stretched to our limits to meet the growing needs of the hungry and homeless people we serve in the greater Omaha area. History says that putting a casino so near to our campus, and in such close proximity to such a vulnerable population, could usher in an unintended wave of human and economic consequences that could easily cripple hundreds of households.

Open Door Mission stands in clear opposition to the construction and operation of the new casino. We plead with the community to exercise their influence and intervene against the current casino development project.

Open Door Mission is already stretched to our limits meeting the growing needs of the hungry and homeless people we serve in the greater Omaha area. History says that putting a casino so near to our campus, and in such close proximity to such a vulnerable population, could usher in an unintended wave of human and economic consequences that could easily cripple hundreds of households.

Surely we can do better for our neediest neighbors and most vulnerable populations in our community. Please join me in praying for a hedge of protection for Open Door Mission, Lydia House, and the least, the lost, and the last.